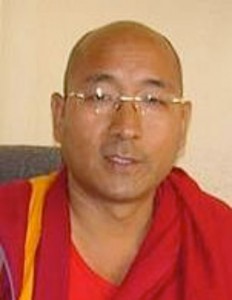 How to Teach Dharma Skillfully to Children & Teens

There are many complex topics in Buddhism such as karma and rebirth and the nature of the mind. These are difficult topics to explain to children. As a former school principal in Kopan, what is your approach in teaching Buddhism to children in primary schools?

The Buddha used Jataka stories to explain concepts like kamma and rebirth to emphasize the importance of moral values. These Buddhist fables teach young people the importance of kindness, generosity, co-operation, and mutual understanding that are uniquely human values that we should all cultivate. The Jataka stories also emphasize the need to respect nature and the environment we live in. Children will thus learn how they can live together in harmony with nature and the animal kingdom, rather than dominate it. So from young we should inculcate peaceful co-existence among all sentient beings rather than adversary relationships.

Human problems, both personal and social, were as prevalent and disturbing during the time of Buddha as they are today. Thus, one will see in the Jataka Tales aspects of greed, cruel ambition, foolishness, bad company, environmental damage, addiction, and even disrespectful language. By the same token, the Jataka Tales dramatically demonstrate the tangible benefits that derive from cooperation, friendship, respect, independent thought, responsible behavior, courage, humility, and education.

Besides their surprising relevance, the Jataka Tales are great fun to read. Packed with action and adventure, they are earthy, humorous, direct, and — above all — honest. So for young children, who are becoming more intelligent these days, we should introduce the values behind the Jatakas to them, rather than focusing on the actual stories or telling that they actually happened.

More specifically, how do you explain simple concepts of karma to young children, especially those below 12 years old?

Give them a simple example. You can ask the young child what happens when someone hits another person – surely he will hit back at the person who hit him. Similarly, if you smile at someone, surely that person will smile back at you. Likewise, if you help someone with a good deed, you can expect a good deed in return, perhaps not immediately but at a later stage. Then you can explain that karma is all about cause and effect. Thus, you should always do good and avoid evil actions.

How about to teenagers? Do you use the same approach to introduce Buddhism to them?

When dealing with teenagers, we should be more analytical with them. As they are more matured, they may not like the stories found in the Jatakas. For a start we can explain the life of the Buddha in a fashion that teens can relate to. For instance, we can show that the Buddha was a rebel in his time as he was not satisfied with the answers of his elders. That was why the young Prince Siddhartha left the palace on his own in search of the answers that his parents and elders could not provide him. Then we can explain the Buddha’s core teachings of kindness and compassion to them, followed by more abstract teachings on karma and rebirth. 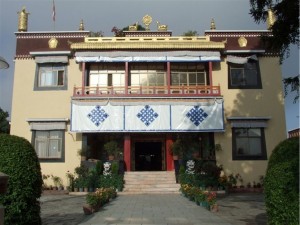 We should also relate Dharma teachings to what teens do today – school, dating, hanging out, jobs, and other issues of special interest to them. However, we should always encourage teens to look for answers themselves. Emphasize that a key teaching of the Buddha is called “ehi pasikko” which means “come and see” and not “come and believe”. In this way, the Buddha is like a modern day scientist who likes to experiment to find out answers to questions.

Teenagers prefer discussions than being told what is right or wrong. But you first need to understand the teenagers as no two minds are the same. Some teenagers tend to be more inquisitive, so they will find arguments and discussions very interesting. For instance, do not expect them to believe karma and rebirth blindly. For instance, you can introduce them to simple books or articles about stories of young people who are child prodigies or are able to recall their past lives. Ask them to keep an open mind about such cases, but not to reject them as mere stories, for they could actually be cases of reincarnation.

Another important attraction for teens is to introduce Buddhism as a science. Since all teenagers study science in school, we can introduce in a simple way about the many interactions between Western scientists and psychologists and Buddhist monks and scholars such as the Dalai Lama during the annual Mind Life seminars. When young people realize that Buddhism is indeed a scientific religion, they will be attracted to it. It becomes a cool religion that is not superstitious or out-dated.

Many teenagers are also attracted by singers, movie stars, and celebrities. Some of them from the US, India, Hong Kong and Taiwan are also sincere Buddhists. As many of their stories have been published in the media, it is good to compile them and show them to these young teenagers that their favorite artistes are also practicing Buddhists.

Another area to introduce teens to Buddhism is through music. We can organize music or song competition to encourage young Buddhists to compose new songs with Buddhist meanings. In this way, they become engaged with the Buddhist society that they belong.

As young people like to have fellowship, activities such as visits to nearby cities or places of attraction and social gatherings will attract them. They will then find that it is much fun to be a Buddhist!

One of the most intriguing questions for young children and teenagers is the concept of death and rebirth. What do you say to a young child whose parent has just died that is in accordance with Buddhist teachings?

It depends on the maturity of the child. If the child is very young, we can say that the parent has gone to another world or to heaven to be with his or her grandparents. The main motivation is to relax the child and not make him feel more depressed by the loss of a parent. Assure the child that he will be well taken care of by another parent or relative, even though one has passed away. If the child is more matured, a story may be helpful. There is the story of Kisa Gotami who lost her only child and thus became extremely distraught and emotionally unstable. She then went to the Buddha for a cure for her dead son.
The Buddha told Kisa Gotami that he can bring back her dead child if she can bring to him a mustard seed from a home that has not known death. Of course Kisa Gotami went from house to house looking for a mustard seed which she could easily find, but not from a single home which has not known death. Finally, Kisa Gotami realized that her loss is not only hers but something every person in this world has experienced. Then she realized that death is a natural phenomenon.

So it is important to explain to young people that death is very natural and happens to everybody at different time of our lives. Sometimes people die young, sometimes they die old. But when a person dies, it is not the end. He will be reborn. It is like the four seasons in some temperate countries. If there is summer, there will soon be autumn, then winter, then spring, and then summer again. Life is like that. So even if we separate in this life, we will meet again in another life. 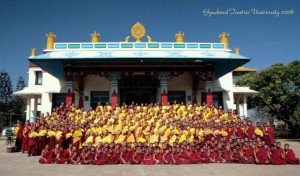 One way to describe heaven and hell is to compare it to states of mind that we experience when we are still alive in our human existence. It is true that even in the human world we can see states of mind like heaven and hell. If one is always in pain and suffering because of illness, or is starving, one is experiencing hell. On the other hand, one is in heaven if one has wealth, happiness, a loving family, and no physical pain or illness.

Slowly we can introduce them the concepts like the Six Realms of Existence. For instance, when one has too much greed, it is like the realm of hungry ghosts. If one is always jealous, one is like the asuras or titans; if one is ignorant, one is like an animal; if one has desires, that is a human realm; if one has pride, then it is like the devas. And if one has anger, one is in hell being. If the teenager has a good knowledge of Buddhism, then you can introduce him to the six syllables of Om Mani Pade Hum which represent the purification of the six realms of existence.

In the West, young people seem attracted to meditation. That does not seem to be the case in Asia. Do you agree?

Young Westerners are very interested in the practical aspects of Buddhism like meditation and mind transformation rather than ceremonies or rituals. This is because Buddhism did not come to them as a religion as it did in Asia. Buddhism in the West is largely seen as a way of life or a mind science that helps one to calm or develop the mind. In Asia most people who are Buddhists have a rich tradition behind them which includes an elaborate devotional legacy that has many cultural elements as well. But then even if young Asians are not so attracted to meditation, they have based their lives very much on basic Buddhist values which they learnt from their parents or grandparents. For instance, they may not be interested to study about karma as a doctrine but they have learnt that they should not harm other living beings such as insects or small animals. So they are living a life in compassion. Slowly, we can introduce them to meditation.

When and how should we teach meditation to children and teenagers?

Teaching young children and teenagers how to practice loving kindness meditation would be a good start. Explain to them the basic techniques, such as start by mentally wishing all beings to be well and happy – that they be free from mental suffering and free from physical suffering. Then extend this thought of goodwill to one’s parents, siblings, relatives, friends, teachers, indifferent ones and finally enemies. And they should be taught to radiate loving kindness to themselves too.

The other common meditation practice is mindfulness. Learn to be more aware and observant of our thoughts, speech, and action. Once they have the basic practice, you can introduce the more technical practice based on the Four Foundations of Mindfulness.

Any final advice you would like to give to our young Buddhists in Malaysia?

The essence of Buddhism is about transforming the mind. If we are able to do that, there will no doubt be practicing the Dharma well and will have a peaceful life. We will not be easily disturbed by external conditions, and can easily adjust to situations. As Buddha said, never do evil, do good, purify the mind. That is my simple message for the young people of Malaysia. EH

Geshe Thubten Sherab was born in 1967 in a small village in the province of Manang, the western part of Nepal, to a Kagyu- Nyingma family. He entered Kopan Monastery at the age of nine and completed his geshe studies at Sera Je monastery in South India, followed by a year at Gyumed Tantric College. He then completed retreat and teaching assignments both in the U.S.A. at the Foundation for the Preservation of the Mahayana Tradition (FPMT) Center in New Mexico, and Asia.

Geshe-la is fully committed to the FPMT vision. He stayed at the Losang Dragpa Buddhist Center in Petaling Jaya in early 2012 and Benny Liow met up with him on April 1 to ask him about his approach in teaching Buddhism to children and teens.