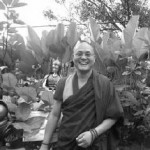 Due to the emphasis on kindness, patience and compassion, it has sometimes been said that Buddhists have become too passive even when the religion is threatened or ridiculed. For instance, when the Bamiyan Buddhas were destroyed, Buddhists kept rather quiet. When the much venerated Buddha statues appear in pubs or on beer mugs and on slippers in the West, there was only a tiny whisper of regret from some more vocal Buddhist groups. Even when Buddhist monks were killed in Burma by the military junta or Tibetan monks immolated themselves, there was no organized Buddhist protests against such actions. And in Malaysia and Singapore, it is always the case that when a Buddhist marries a non-Buddhist, he/she will automatically convert to the faith of the other partner. Is this not true then to say that Buddhists are just passive and allows others to easily take advantage of them? How should Buddhists respond? Eastern Horizon has invited three teachers from each Buddhist tradition to provide their response to the question.

When we talk about being patient, it means restraining ourselves from harming another person, despite the fact that the other person may be trying to harm us. However, it doesn’t mean that one cannot adopt a strong response but it has to be properly motivated by compassion and the understanding that if one allows that person to carry out that harmful action, he/she will incur heavy, negative consequences. On these bases, one may proceed to take strong action. Note however, that to do so requires some level of strength of mind, which most of us do not possess. Further, there is the concern that an immediate forceful response may lead to an escalation of violence and aggression. To avoid this, restraint is exercised.

In the Vinaya, it mentions that when there is a problem or conflict, the first step is to solve it in accordance with Dharma. So for example, if I saw a stupa being destroyed, I would appeal to them to stop and explain why they should stop. But if this is not possible or my appeal is unsuccessful, I would withdraw and seek
out someone who has the power to stop them. Otherwise, anger would be fuelled and there is a danger of the harm-giver killing me (and killing an ordained monk incurs even heavier heavy negative karma). Similarly with Buddha images on beer mugs and slippers. As a Buddhist holding refuge, it saddens me deeply and it would be good to approach these companies producing such merchandise to stop because these products hurt the sentiments of the Buddhist community.

On the subject of immolation – to see someone committing suicide and ending one’s life is really sad. However, it is difficult to be judgmental about it because one needs to know the state of mind of the person taking that action. If it is done out of anger, it would be a pure negative act; if it is done solely for the greater purpose of helping living beings to be free from suffering, is it then still negative? One possible solution to incidents of violence and disrespect lies in education – expanding Dharma education. 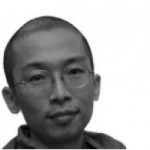 When such issues are raised, it is easy for some, especially the dominant type, to get caught up with the idea that we should do something. Otherwise, it means we’re passive. Indeed this may be true sometimes. However, this is an assumption and deserves a closer look.

Let’s take the case of the Bamiyan Buddha statues. As it turned out, the Buddhist communities worldwide were rather quiet about it. Should they have been so passive? Were they being passive? As I see it, the seeming ‘passivity’ may be born of very different attitudes.

Most Buddhists are nominal Buddhists. For them, such matters aren’t within their scope of concern. This passivity is indifference. What about the other group of Buddhists then, who have more faith and concern (and who are more likely to be reading this)? They were just as passive and indifferent, weren’t they?

I believe not. I believe that they saw the right thing to do: nothing. And what a beautiful response that was! I rejoiced day after day noticing no news of any violent response from the Buddhists, except that of one monk in India, which marred the joy little.

(What a disgrace, I thought.)

In my mind, the lack of retaliation showed the world how peace loving and unattached to mere idols the Buddhists were. So, in a way, it was wonderful that the statues were destroyed! Fortunately for us, Buddhism has remained relatively pure, not having sunk to fanaticism that would have elicited a violent reaction.

I would like to clarify though that being kind and patient doesn’t exclude the use of force. If we see a kid beating up a smaller kid, wouldn’t it make sense to wield some force? We don’t need anger to do that. We can do it out of love for both of them. So, ultimately, it is not whether we should do something or not, but what would be the right thing to do, which can range from seeming inaction to using necessary force. 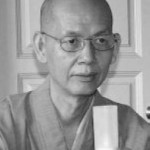 In the incidents you mentioned, there were some outspoken Buddhists who expressed very strong opinions on them. I appreciate them for their concern for Buddhism. There was a need for the respective culprits to know that their lack of respect for the Buddha was not appreciated by many Buddhists and even
followers of other religious faith. For others who knew about the above incidents and responded by not getting agitated or provoked, I also appreciate them equally. I believe that many who remained calm also have concern for the Buddha Sasana. The Buddha has taught us that keeping quiet is sometime the most
appropriate response.

Kindness, patience and compassion are virtues that we shall develope and cherish. We never need to regret to be kind, patient and compassionate.

In human history, there were many instances of religious persecutions in different parts of the world; none of the major religions of the world was completely destroyed after these persecutions.

There are now better acceptance in marriages of couples with different religious faiths. On several  occasions, I had been asked to perform Buddhist blessings when one of the newly wed was a Buddhist and the other a Christian. In one case, the couple also went to a church for Christian blessings. In these marriages, I always advise our own devotees to be faithful to Buddhism but respect the religious faiths of their respective spouses. If husband and wife cannot respect the different religious faiths of each other,
then they should think twice about the marriage and not have a bad start of a married life. EH