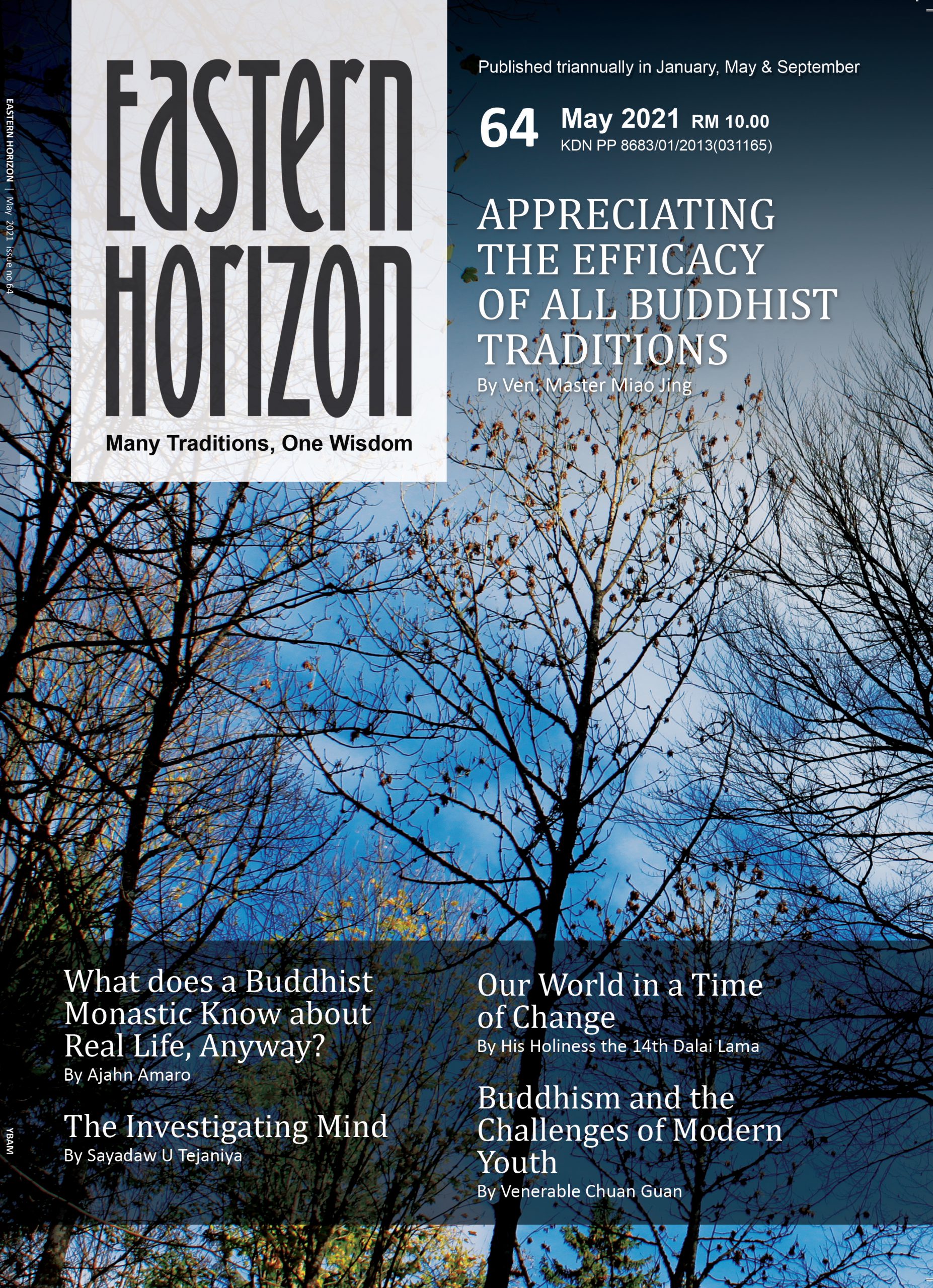 Published 3 times a year in January, May and September

is a publication of the Young Buddhist Association of Malaysia (YBAM). A non-profit making project this journal is non-sectarian in its views and approach. We aim to inspire, stimulate and share. The magazine is published 3 times a year in January, May and September and will be sent by post to subscribers within one month from its publication.

The opinions expressed in EASTERN HORIZON are those of the authors and in no way represent those of the editor or YBAM. Although every care is taken with advertising matter, no responsibility can be accepted for the organizations, product, services, and other matter advertised.

The Young Buddhist Association of Malaysia (YBAM) was established on July 29, 1970 as the national organization representing Buddhist youth groups in the country. It currently co-ordinates more than 270 Buddhist organizations in Malaysia, representing the Theravada, Mahayana and Vajrayana traditions.
The following are its major programs and activities: